A walk between trees next to the main heritage of Malaga. 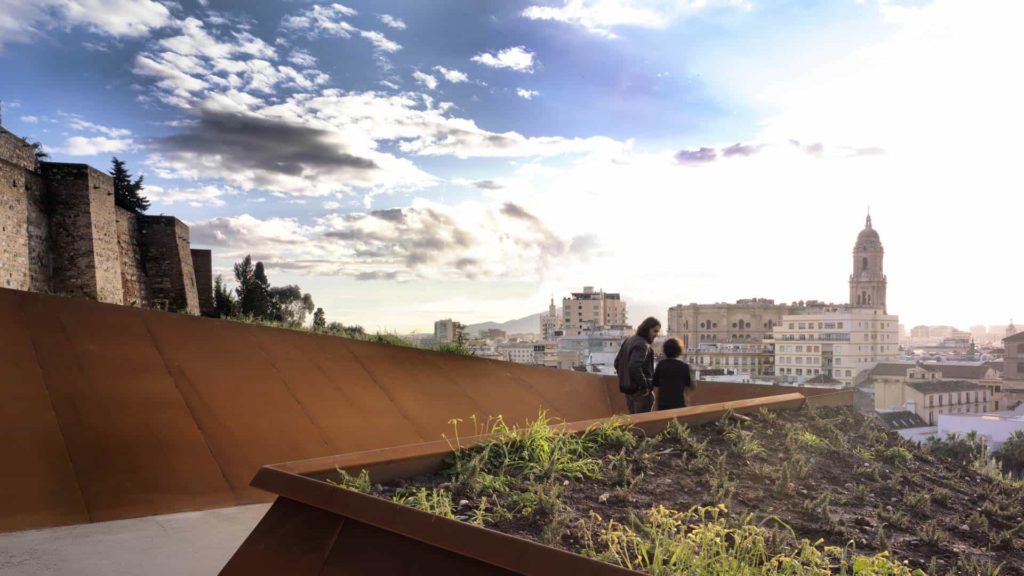 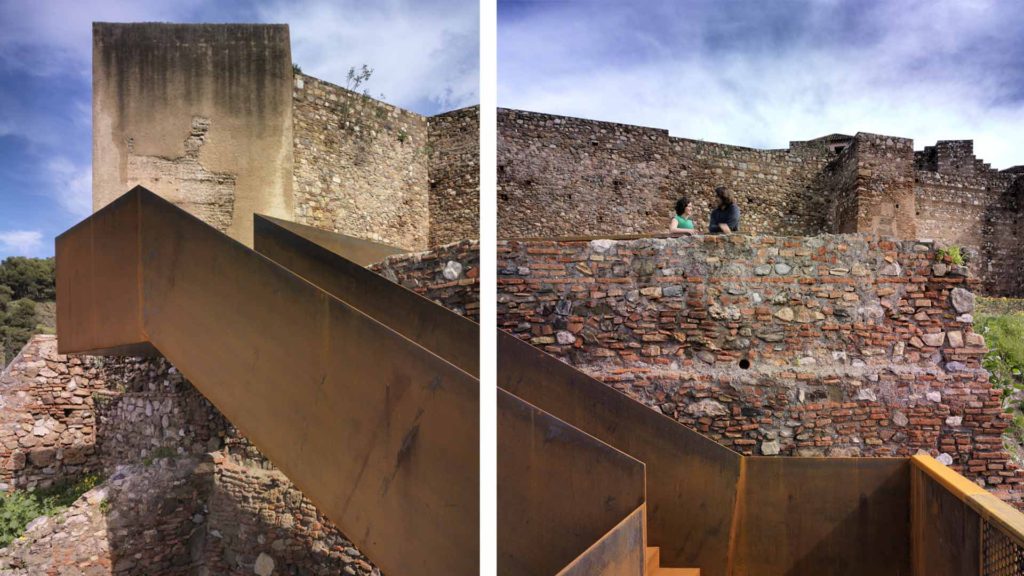 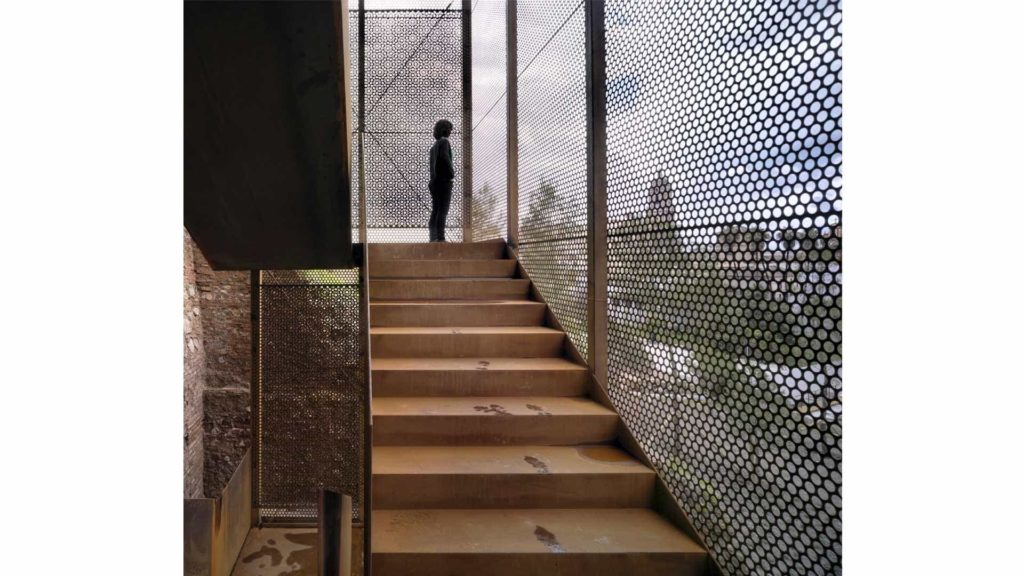 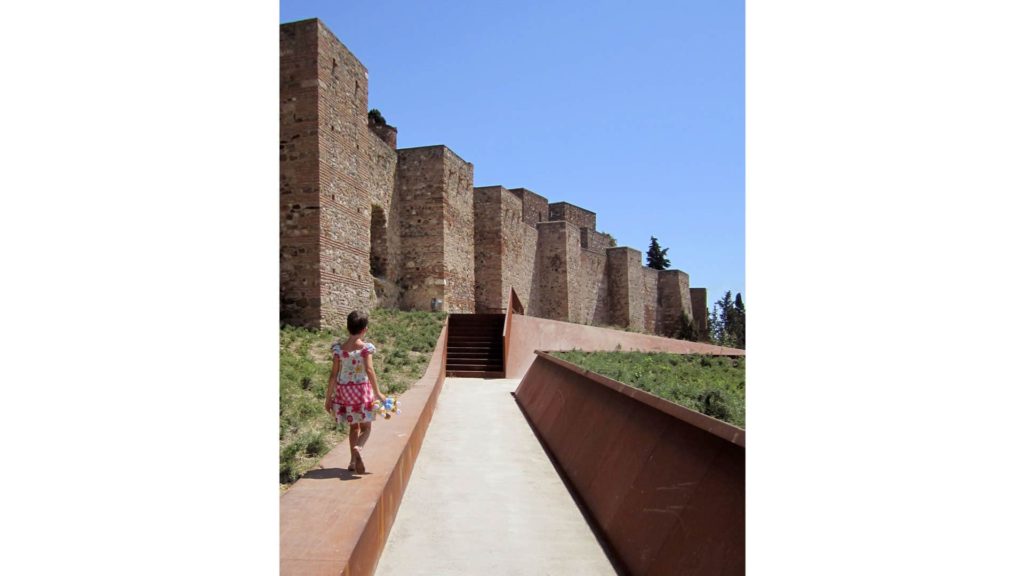 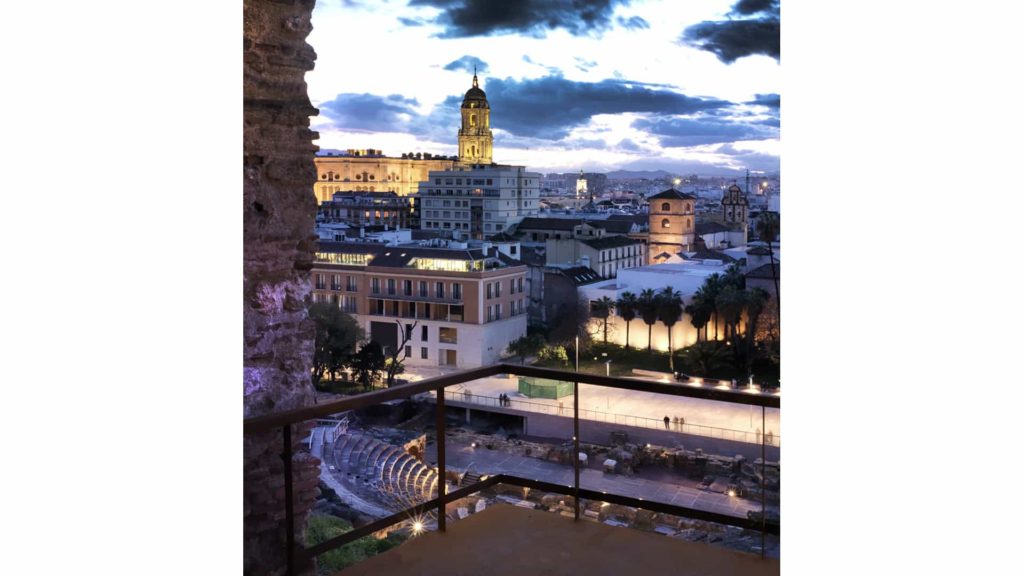 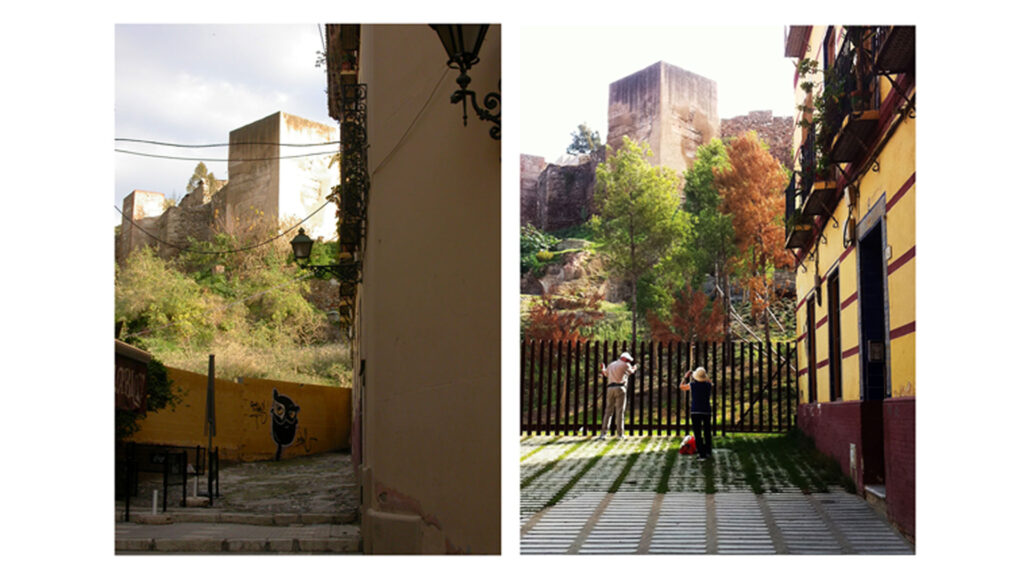 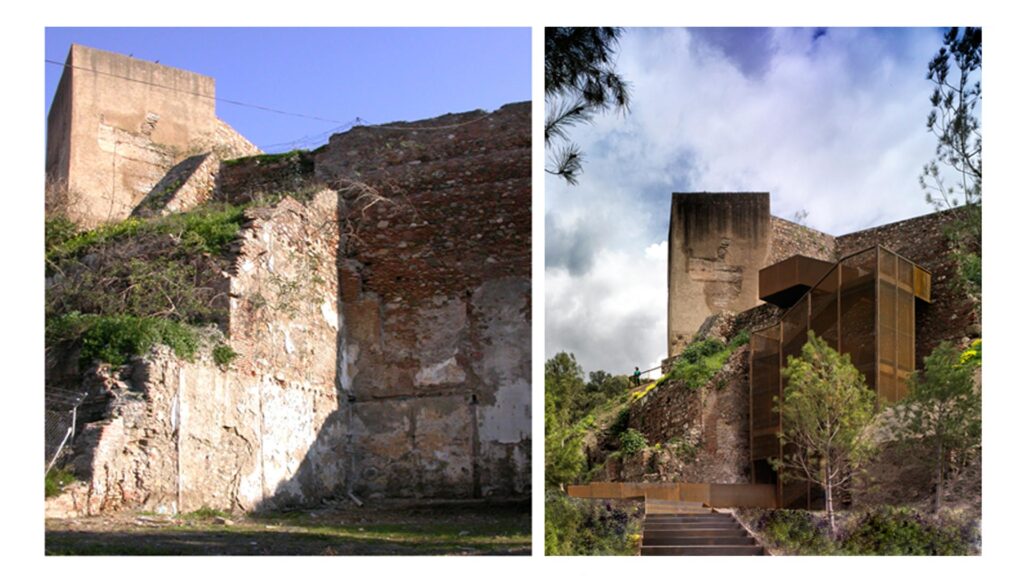 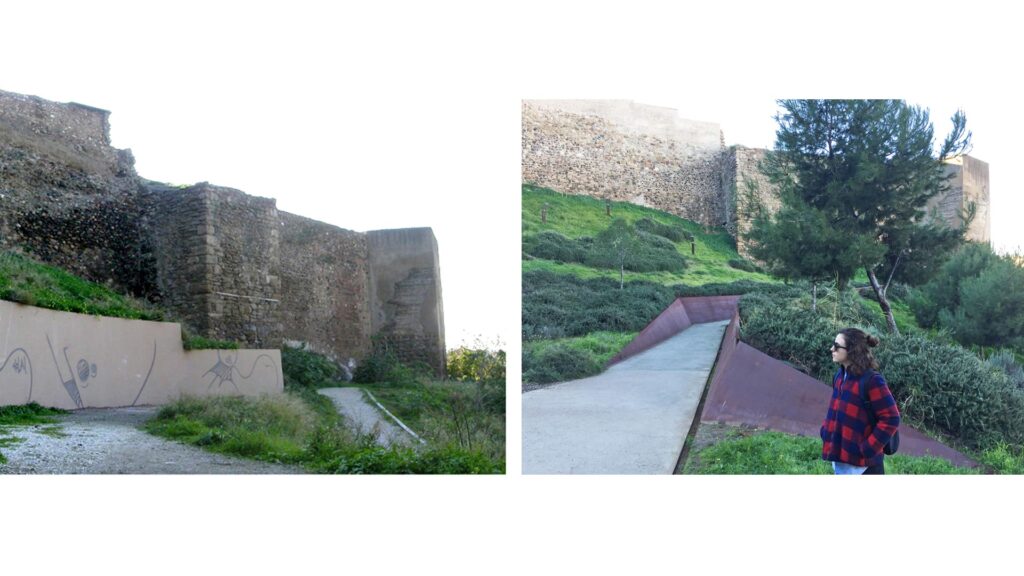 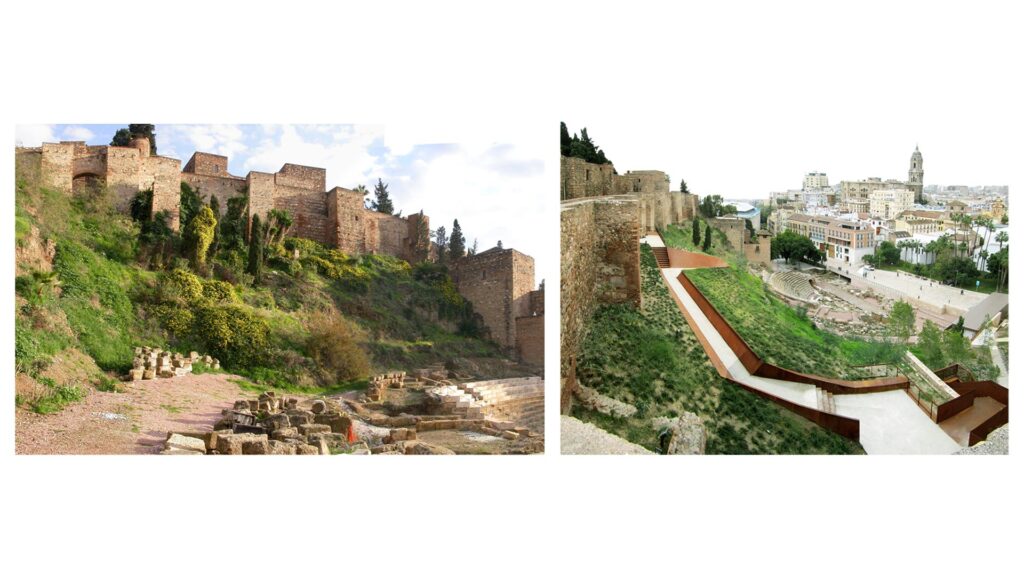 The hillside of Mount Gibralfaro is the site of the first century Roman Theater and the XI century Muslim Alcazaba of Malaga, declared Assets of Cultural Interest and Historical Heritage.
The Project recovers the monumental environment, restoring the landscape and nature as a fundamental part of the urban heritage. The landscape rehabilitation of the Alcazaba and Roman Theater hillside remakes the natural topography putting topsoil, and native pines and shrubs back. Likewise, the routes with the best views are studied to understand the monuments in relation with the city. New paths are made using corten steel plates that allow, by folding them, to integrate lighting, rainwater and safety into the routes. The pieces formed in the workshop are assembled without wet work taking care of the valuable natural and monumental site.
Thus, through landscape rehabilitation and the realization of new paths and viewpoints, a sequence of valuable views is created helping to understand and enjoy this unique space, whose proximity to the sea and territorial dominance led to the very origin of the city: A walk between trees next to the main heritage of Malaga.